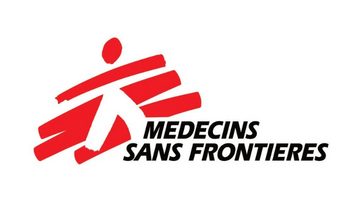 Medicines Sans Frontiers is delighted to be partnering with the Australasian College for Infection Prevention and Control (ACIPC) to present a live webinar with Eileen focusing on the role of IPC nurses and doctors with IPC expertise in the field with MSF.

Eileen Goersdorf’s career has taken her all over the world.

Her work with Médecins Sans Frontières (MSF) has taken her to Nigeria, Palestine, Libya, South Sudan, Yemen and the Democratic People’s Republic of Korea (DPRK).

Originally from Germany, Eileen now calls Australia home. Over the course of the pandemic Eileen has been working as an infection prevention and control nurse at the quarantine centre in Howard Springs, NT.

Eileen’s first placement with Médecins Sans Frontières was to Aweil in South Sudan, assisting primarily in gynaecological and obstetric surgery.

The work was difficult and sometimes heartbreaking with many women presenting to hospital for caesarean section (the most common emergency surgery performed by Médecins Sans Frontières) extremely late, sometimes after first spending days at home in agony with a labour that failed to progress.

“A number of the foetuses were already dead. From talking to the women in South Sudan, it’s common to have about eight or ten children, but only end up keeping two of them. It was very sad to see, but our job was to help as many mothers as possible to keep their babies alive.’’

Eileen’s most recent placement was in the DPRK where she worked as a nurse consultant in a role that also had a significant infection prevention and control aspect. Eileen was involved in assessing the operating rooms and sterilisation processes.

“We were working in the far north of the Country, far from Pyongyang,” she said.

“There were medical challenges unique to the context as well as the everyday challenges that working in a rural area present.”

Before the DPRK, Eileen was based in Yemen, two hours south of the frontline where MSF was treating people impacted by the conflict.

“The project started as a patch of dirt, then MSF did what it does best and in a short space of time tents were erected and a trauma hospital was set up with a functioning emergency room, operating room, a small intensive care unit as well as separate tents for patients and offices.”

“Regular sandstorms and the occasional stray bullet were just some of the challenges.”