The winner of the 2022 Dr Joan Faoagali is Magdalena Di Giacomo who has received a Foundations of Infection Prevention and Control Course scholarship. Read our interview with Magdalena here 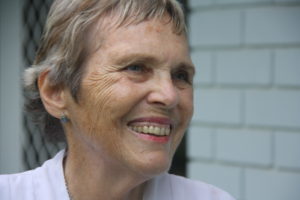 Dr Joan Faoagali made a significant contribution to the education of members of the College over many years with her involvement in both State and National Infection Prevention and Control activities. Joan showed great resilience, tremendous vision, and was a true leader inspiring all those whose lives she touched – working towards achieving something greater than themselves.

Joan was well known in the Australian infection prevention and control community. Joan was particularly interested in the education of clinicians, the prudent use of antibiotics, infection control and the intelligent use of pathology services. Joan was a passionate teacher and service development advocate in both high-level referral centres in Australia and New Zealand and in developing countries including our pacific neighbours. After initially qualifying in Microbiology in Dunedin, Joan was Director of Microbiology at Christchurch Hospital in New Zealand and then the Royal Brisbane and Princess Alexandra Hospitals in Queensland. She held multiple adjunct academic appointments, including Griffith University, University of Queensland and Queensland University of Technology. She will be remembered as a warm generous leader and mentor of students and senior colleagues alike.